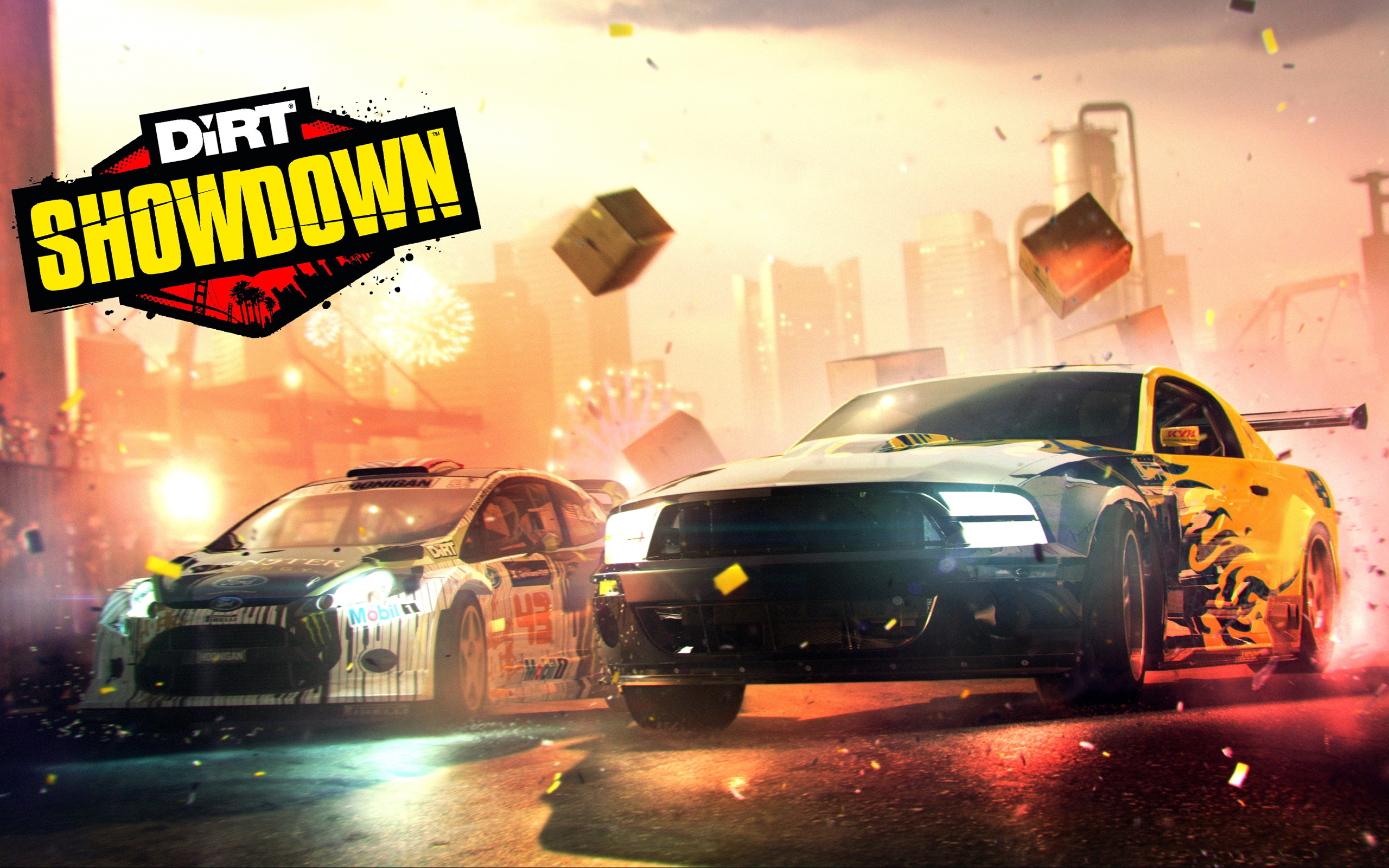 It’s been a while since I’ve really enjoyed anything under the ‘racing’ genre – the Burnout series on PS2 instantly springs to mind. Whilst previous installments in the DiRT series have constantly enjoyed positive critical reception, I was initially hesitant towards DiRT Showdown simply due to the fact that it is a spin-off to the series; however, my fears were dismissed within minutes of my first playthrough of the game. Codemasters have again managed to deliver a brilliant combination of superb visuals and intense gameplay – so what is it exactly that makes DiRT Showdown so good?

Striking visuals and menu system – Upon loading the game for the first time, you’re struck with the huge, bright, eye-catching DiRT Showdown logo, and the rock-heavy soundtrack kicks in. From there, you’re taken to the game’s equally impressive 3D menu system. This stays constant throughout the entirety of the game, where you’re continually met with strikingly colourful, yet bold menu options. Different doesn’t always equal good, but Codemasters have done a magnificent job visually with DiRT Showdown. The detail of tracks, the environment around them and vehicles really cannot be faulted, but this won’t come as a surprise to fans of the DiRT series who are accustomed to its visually-stunning previous installments.

Intense, yet fun gameplay – From the moment you choose to take part in the ‘Showdown Tour’ (or anything else for that matter), you’re immediately thrust into the action. I’ll never forget the opening cutscenes of the cars racing around the track, with the camera then centering and throwing you into the mix. I won my first race by a photo finish, proving to be one of the most intense and entertaining experiences I’ve had playing a racing game in years. The fun isn’t simply limited to the barebones “Race-Off” mode though, with new events such as “Rampage” and “Hard Target” proving to be incredibly enjoyable, yet unrelenting new additions to the series. There’s never a dull moment when you’re thrown into an arena with eight other cars and smash the hell out of them. 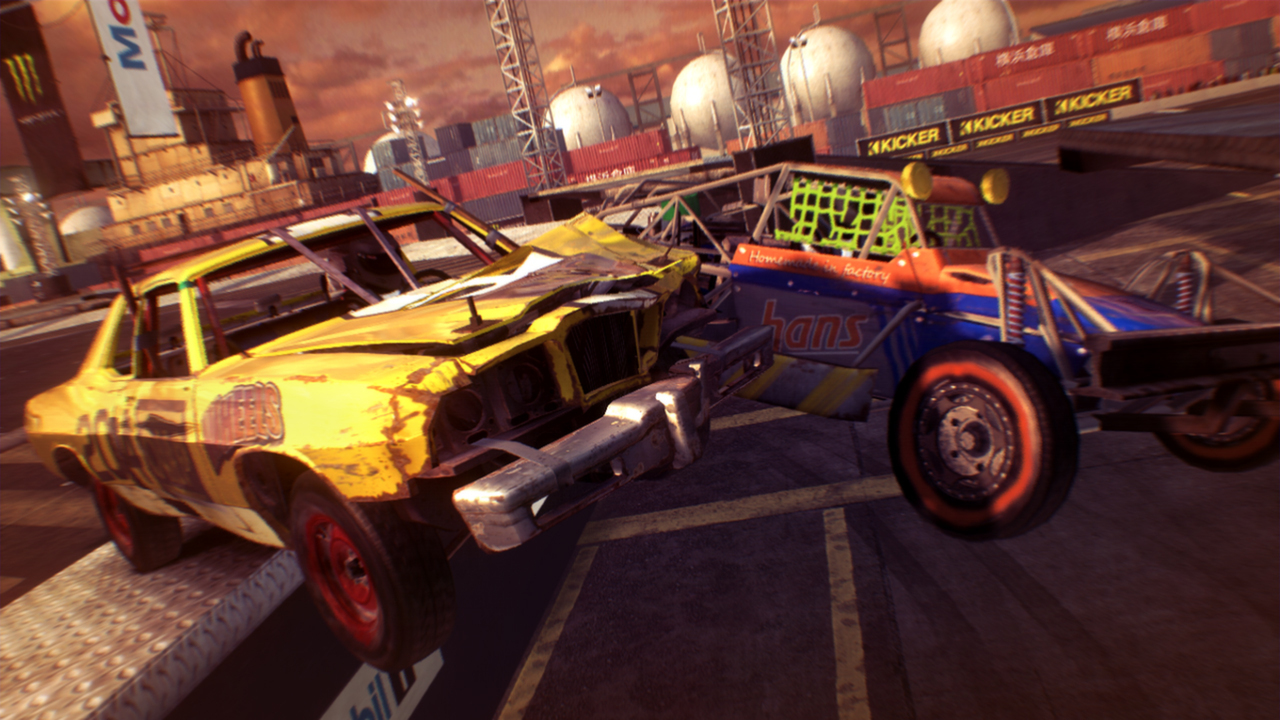 Game modes have plenty to offer – Whether you’re looking to become a legend in Showdown Tour, freely roam and complete missions in Joyride or take other on other players online, DiRT Showdown is certainly filled with enough depth to justify your purchase. Multiplayer is basically the single-player Showdown Tour, but playing against real people. It’s still a lot of fun though, and the whole system ties in nicely with your single-player career, as you earn money from online events that can then be spent on car purchases/upgrades, for use in both the Showdown Tour and multiplayer.

I could swear that crashes are far more unrelenting online, which really adds to the intensity of races and demolition game types. It’s quite humourous when you’re sitting in fifth place for the majority of the race, then the four cars in front pile up and you speed on through and take a very undeserving win (Steven Bradbury, anyone?). It’s also equally frustrating when you’re cruising in first place and some punk rear-ends you and you fall into last place – this is all part of the game’s unpredictable appeal, however.

Handling – I found the handling in-game to be excellent for a variety of reasons. One being because it’s an incredibly simplified system that lets you steer and drift with ease, but also because it still takes a degree of skill and timing to execute turns and drifts perfectly. Timing is crucial in any racing game, and DiRT Showdown is one unforgiving example of this. Drift into a turn at the right moment and you’ll continue on your journey filled with self-satisfaction, but take it too early and chances are that someone will come roaring from behind and split your car in half. 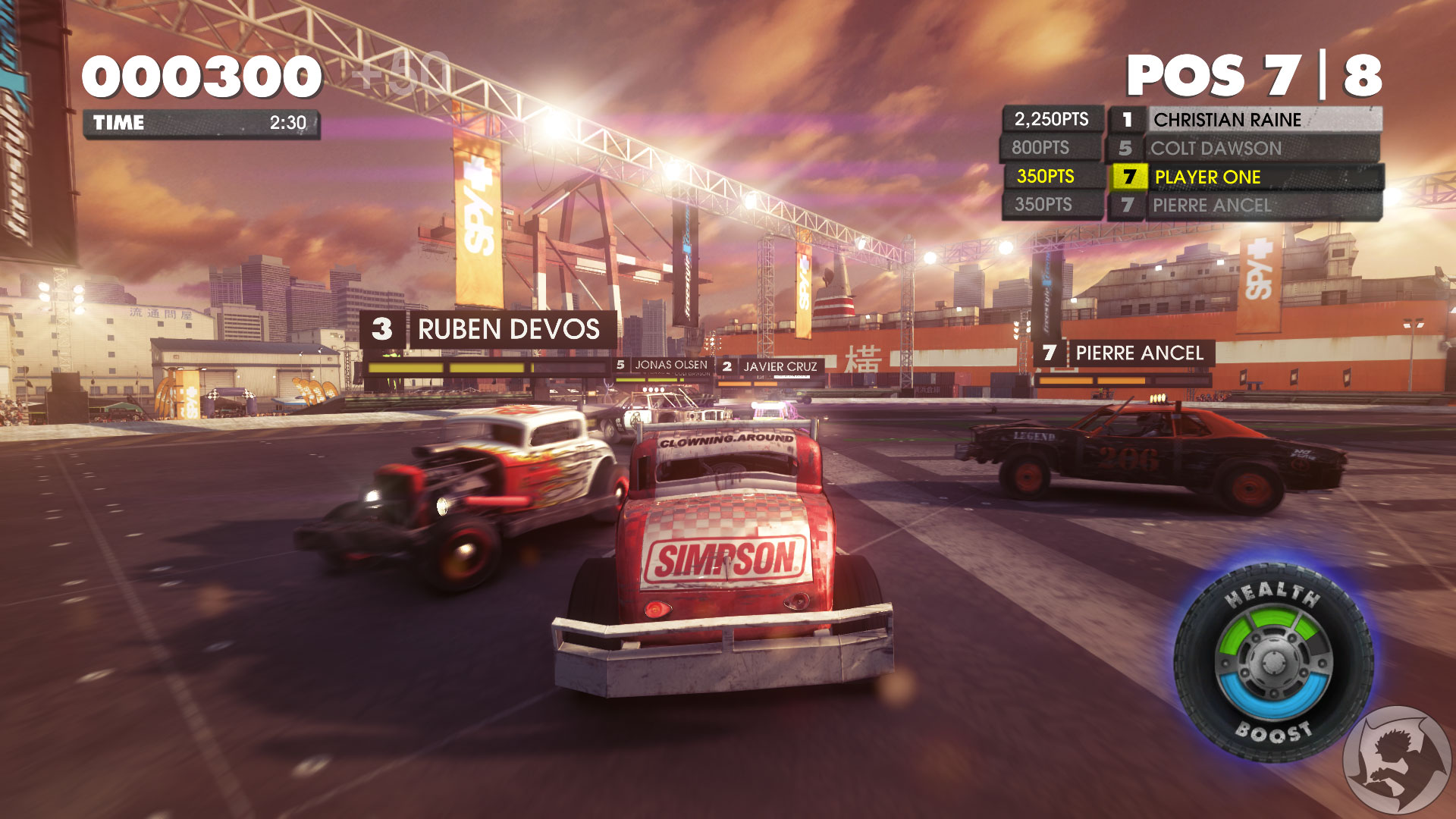 What DiRT Showdown Got Wrong

No explanation/tutorial for game types – In Showdown Tour you’re quite literally thrust into the world of different game types with no explanation of what to do, nor tutorial to help. Whilst the concept is simple with Race-Off events (a standard race), it’s a feature that is certainly needed for more complicated games variants such as Head 2 Head, where the player who can perform a variety of maneuvers and make it to the finish line the fastest is the winner. Whilst this could be me nitpicking, I’m a fan of games that include a good tutorial mode to allow players to grasp the basics of the game, and sadly it’s a feature that’s missing from DiRT Showdown.

More of the same – Whilst there is a lot to do within the game, in the main single-player drawcard, Showdown Tour, you’ll find yourself repeating the same game types over and over again. Although each time you play a game type the outcome and means will always be different, it does become quite linear as you progress. It doesn’t have a story to follow and there’s no Burnout: Paradise-esque open world full of surprises.

DiRT Showdown is hands-down the most fun I’ve had with a racing game, let alone any game, in a very long time. While you’ll find yourself playing a lot of the same game types over and over, every event is unique and the addictive gameplay and bright, engaging visuals will have you enthralled for hours on end.